When I first began to discern a call to join the Episcopal Church and be confirmed, I met for a time with the Rev. Nancy Ferriani, a priest at Trinity, Indianapolis, for spiritual direction. At one of our first meetings, she gave me a copy of poems by George Herbert and suggested we read and discuss.

Herbert was a 17th Century priest and poet. He was from a wealthy and influential family. He considered priesthood early in life but instead trained for a career in public service and served for a time in Parliament. After the death of James I, he decided to pursue holy orders. He was sent to a tiny parish, St. Andrew’s Chapel in Bemerton.

He served here only a few years and died at the age of 39. During his short ministry, he wrote several texts still read today. One was a book on the priestly life. But he is most remembered for his devotional poems and hymns. He shared his poems with his friend, Nicholas Ferrar (founder of a semi-monastic community at Little Gidding), who published them after Herbert’s early death. A hundred years later, I’m told, Charles Wesley was inspired by Herbert’s poetry. We still sing some of Herbert’s hymns – Let all the world in every corner sing, King of Glory, King of Peace, and, my particular favorite, Teach me my God and King.

Teach me, my God and King,
in all things thee to see,
and what I do in anything
to do it as for thee.

Though Herbert wrote a book for priests, Nancy’s goal at that time was not to form me as a priest but as an Anglican Christian. Nancy wanted me to read Herbert and be inspired by Herbert’s devotion to God and to God’s people.

So it was a particular pleasure this morning to walk to St. Andrew’s, Bemerton for their 8 am 1662 Prayer Book Morning Eucharist. The church is a 30 minute walk from Salisbury. I heard the church bells ring when I was about five minutes away and knew I was in the right place.

The church was smaller than I expected. The congregation numbered seven, including the priest. The nave holds maybe twenty, so it has always been a very small place. A lovely frontal on the altar inspired by Herbert’s poem “The Flower” was embroidered by the Sarum Guild. 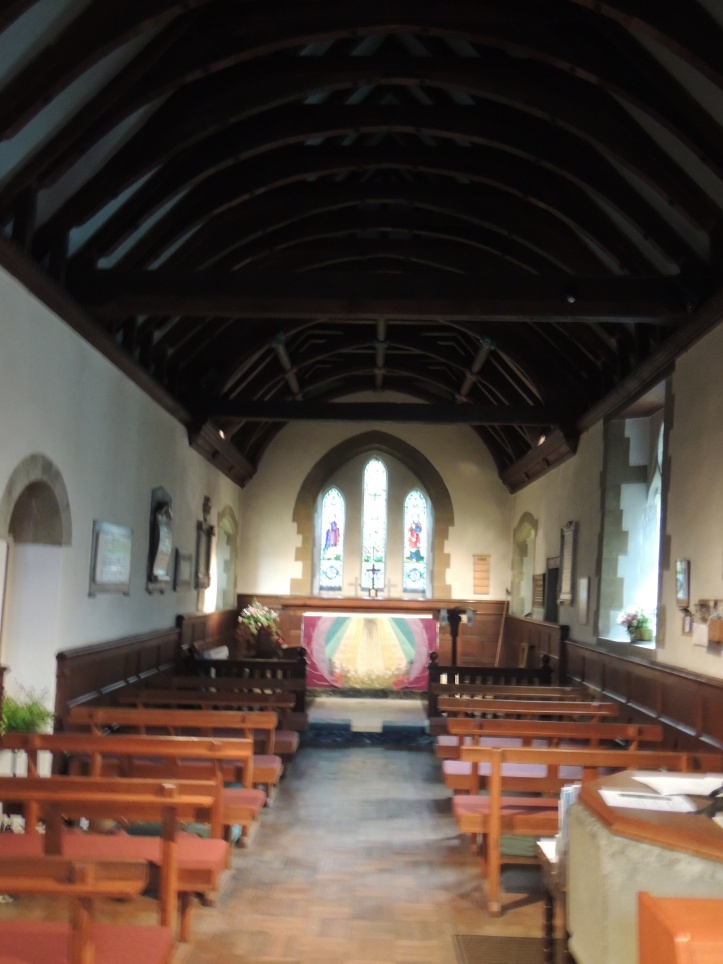 It was indescribably lovely to worship God in this holy space. The priest, The Rev. Simon Woodley, seems to have inherited a double portion of Herbert’s spirit. He gave a thoughtful sermon on the text from Colossians – Christ in you, the hope of glory. He serves three congregations altogether and mentioned he had a different sermon for a later service. He is a busy guy. We prayed Rite I prayers I know by heart (albeit in slightly different 1662 English order). It was a quiet, filling, holy experience I will never forget. 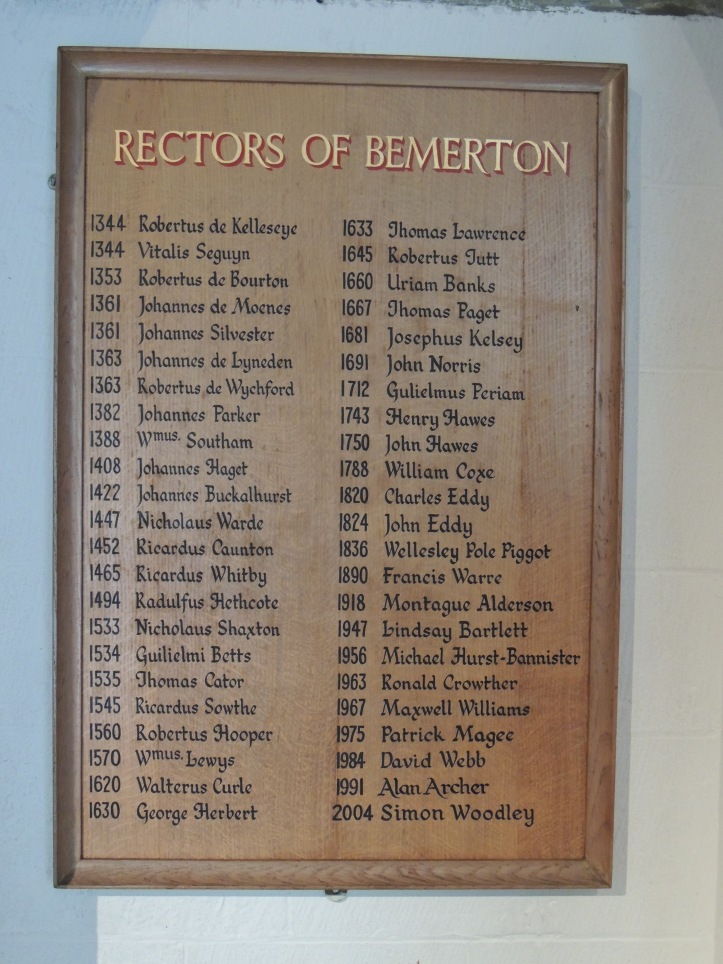 Then I walked back to Salisbury and spent the rest of the morning at the Cathedral. I heard the last part of Matins, sung by the Salisbury choir on one of their last Sundays before break.

I was early for Eucharist, which was extra special because there was a baptism in the glorious font. No pictures allowed – everyone just soaked it all in.

The gospel today was Luke 10:38-42 – the story of Mary and Martha. We often hear this lesson as a study in contrasts. Mary sat at the feet of Jesus, hanging on his every word. Martha was busy with her tasks and more than a bit frustrated that her sister was not helping. Mary represents the contemplative life, and Martha the active life. We sometimes see this lesson as a call to elevate the contemplative over the active.

Today, however, I hear this lesson as both/and, not either/or. Martha, the good disciple, welcomed Jesus into her home and cared for him and his guests. Mary, the good disciple, listened intently to what he had to say, but Martha listened and talked with Jesus as well. Both were good disciples. Jesus spoke with compassion to Martha, not to condemn her choice of action, but to remind her and future disciples to pay attention to his teaching. (For more on these thoughts, there is a nice commentary on the passage here.)

Today was a Mary and Martha sort of day. St. Andrew’s and George Herbert live the gift of Mary, quietly sitting at the feet of Jesus in prayer and worship, day after day, century after century. Salisbury Cathedral is more like Martha – a busy place of hospitality and activity. Both help us continue to listen to Jesus.

The hospitality of Martha and the contemplation of Mary flow from the loving hospitality of Jesus, a love George Herbert knew deeply and shared. I saw that love in so many ways today. Here is a final Herbert poem.

Love bade me welcome. Yet my soul drew back
Guilty of dust and sin.
But quick-eyed Love, observing me grow slack
From my first entrance in,
Drew nearer to me, sweetly questioning
If I lacked anything.

‘A guest,’ I answered, ‘worthy to be here.’
Love said, ‘You shall be he.’
‘I the unkind, ungrateful? Ah my dear,
I cannot look on thee.’
Love took my hand, and smiling did reply,
‘Who made the eyes but I?’

‘Truth Lord; but I have marred them; let my shame
Go where it doth deserve.’
‘And know you not,’ says Love, ‘who bore the blame?’
‘My dear, then I will serve.’
‘You must sit down,’ says Love, ‘and taste my meat:’
So I did sit and eat.