On  Friday, I got to stand in Susanna Wesley’s kitchen, in the rectory of St. Andrew’s Church at Epworth.

Susanna was the mother of John, Charles, and their 17 siblings (9 of whom died in early childhood). She was very well educated for a woman of her day. She was from a family of prominent dissenters, but at age 13 she joined the Church of England. She married Samuel when she was 19.

Samuel was a bright mind from a poor family. He attended Oxford as a servant to a wealthy patron but proved to be a brilliant scholar in his own right. He read several languages and later wrote a significant commentary on Job. He was fortunate in some ways to be assigned as Rector of St.Andrew’s. The assignment provided a steady income of £200 per year (not much, but they survived) and a large house for his growing family 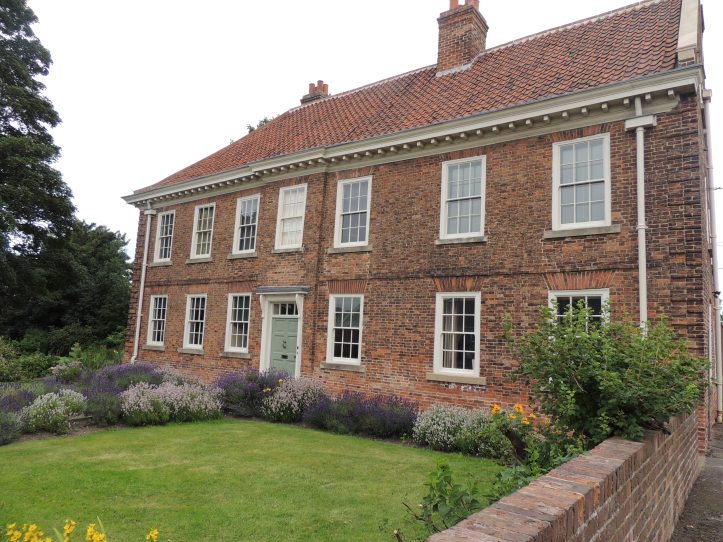 But Epworth was small and rural – population then and now around 2000 people. Samuel was a Tory in a town of Whigs. He was a monarchist in a town of people who opposed the current king. He was possibly more suited to academic life than to parish life. By all accounts, it was a difficult parish assignment.

In 1709, the rectory burned. Young John nearly died in the fire, saved when a human pyramid plucked him from a window seconds before the building collapsed. For the rest of his life, John and his family referred to him as “a brand plucked from burning,” saved by God for a special purpose. There is some suspicion that the fire may have been deliberately set by disgruntled parishioners who wanted their Tory, monarchist, ivory tower priest out.

Our guide showing a painting of the rectory fire.

But the family stayed. Dr. Paul Chilcote, a Wesley scholar on pilgrimage with us, says Susanna was the peacemaker who held the appointment together. And in Susanna’s kitchen two future Anglican priests who launched the Methodist movement and wrote thousands of hymns, some we still sing today, were formed in the faith.

At this table, or one like it, she taught all of her children herself, including the girls, which was unusual for the time. 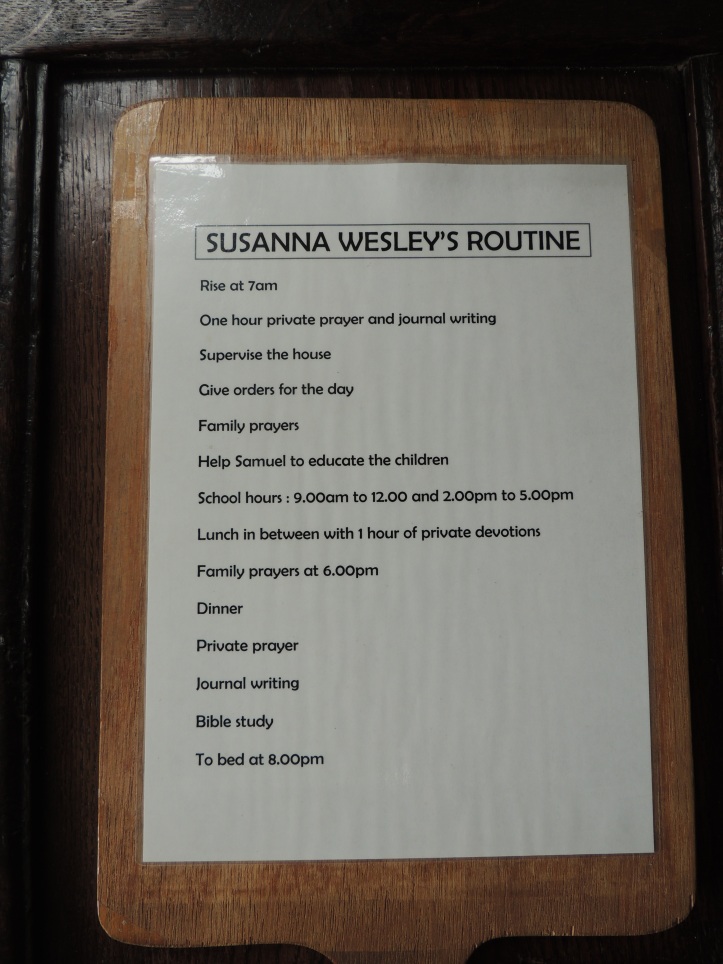 At one point, while Samuel was away, she started a prayer meeting that drew 150 people. Samuel had left a weak curate in charge of the parish. She was concerned that her children were not receiving proper spiritual instruction, so she took care of it herself, and others joined them. Samuel ordered her,  by letter, to stop. She wrote back and said he would need to order her as rector of the parish, not as her husband, because she did not want to stand before God on judgment day and explain that she was responsible for neglecting the spiritual care of the community. Many Wesley scholars believe these kitchen meetings later planted in the minds of John and Charles a vision of small group discipleship.

Dr. Chilcote says John’s support for the ministry of women came from growing up around such a capable woman. By the end of John’s ministry, there were 50 women Methodist preachers. But within a few years of his death, there were none. Dr. Chilcote’s thesis is that as Methodists became more “respectable” and began setting themselves up as a church rather than a renewal movement, the ministry of women became suspect.

We were cared for by women of the church today. The women of Wesley Memorial Methodist Church in Epworth prepared a lovely lunch and served us tea twice! 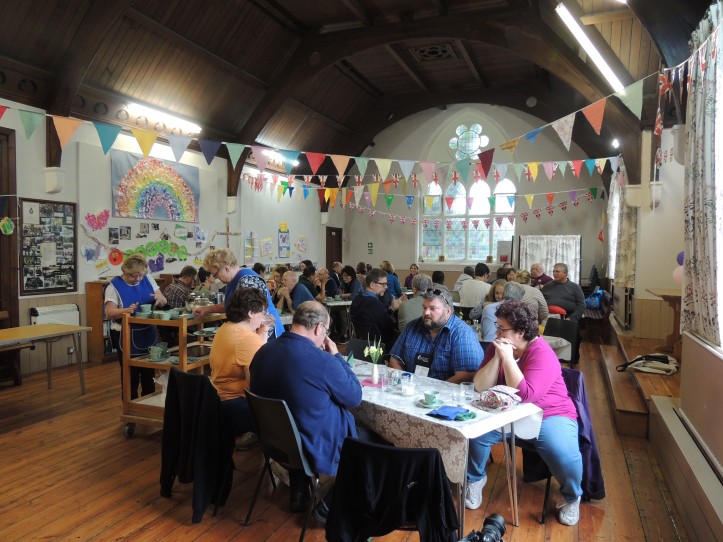 It has been interesting to travel on pilgrimage with a group of Methodist pastors, many of whom are women. All women in the church today, clergy and lay, owe a debt to Susanna and the generations of women before us who were peacemakers, prayer leaders, and spiritual midwives to their generations, living out their baptisms as they were able in their times.

Here are more pictures from a very meaningful day in Epworth.