The Giant of Racism 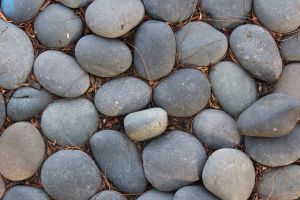 South Carolina is a lovely place. But since Thursday morning I have been remembering a visit there that still troubles me.

Years ago, probably 15 years ago, we were driving through South Carolina on our way to the beach between Christmas and New Year’s. It was a long trip from Indiana, fifteen hours one way. We gave ourselves two days to get there. On the second day, we got hungry and started looking for a place to eat. I called out options for lunch as we passed the signs. McDonald’s? Arby’s? Taco Bell? No one liked those options.

I was about to hand everyone packs of crackers and tell them that we would wait until we got to the next city to eat when I saw three magic letters on a distant sign. BBQ! A family favorite, especially Southern BBQ which we couldn’t find as easily in Indiana.

As we came closer to the sign, we read the directions and more details. This place was more than a restaurant. The sign read, “BBQ and Old South Museum. Exit one mile right.”  “What a great idea,” I told my husband. “We can eat BBQ and teach the kids some history while we’re at it. This will be great.”

He paused for a moment before speaking. “I’m not sure we want to go there,” he said.

We drove a bit longer and arrived at the restaurant. It was one of those places where you ordered at a counter, paid for it there, and then sat down and waited for someone to bring the food to you. We got in line and ordered two BBQ dinners to share among the four of us and started to look around while we waited.

This is what we saw.

Table cards explaining why the Confederate flag should continue to be the state flag of South Carolina.

Bullet shells, gun holsters, cannon balls, Civil War uniforms, each with a display card explaining why South Carolina should have been allowed to secede and govern itself any way it wished.

Lots of books for sale, most about maintaining the “purity” of the South and the “superiority” of the white race.

Without realizing I was doing it, I had brought my children into a white supremacist establishment and even paid money to support it. Racism and hate jumped out of nowhere and showed their ugly face.

I remembered that experience this week as I pondered the news from Charleston. Once again racism and hate showed their ugly face. You’d think, fifty years after the civil rights movement, we wouldn’t be grieving like this today, because a 21 year old white kid shot nine people in church during a Bible study to which they welcomed him just because they were black.

I know one bad experience in a restaurant 15 years ago, and one horrific news story this week do not represent the majority of folks in South Carolina, or in the South, or in the country. I trust the majority of people there and here are seeking to overcome the evils of racism, strive for justice and peace, and respect the dignity of every human being.

But the giant of racism is still with us. We like to think we have cut off its ugly head. But it is still alive. Once again we have come face to face with Goliath.

Goliath was easier to deal with, in a way. He at least announced his presence. He acted in the open and issued a challenge to fight, which of course proved to be his undoing. Our giant is smarter than that. Racism often works behind the scenes, operates in sneaky ways, sometimes hiding in our very hearts. But every now and then, like this week, it launches an open attack.

And when it does we may be tempted to respond to this giant the way Saul responded to Goliath. Saul was afraid. He trusted only in his own strength and felt like he and the armies of Israel were no match for the Philistine. Though Goliath was obviously boasting, and though Goliath offered a foolish wager, Saul looked at Goliath, threw up his hands, and said, “There’s nothing we can do.”

I admit to feeling like Saul at times. When people aren’t even safe in church, it is hard to know what we can do.

But David came along. The gift David brought to this encounter with the giant was a profound trust in God. David looked at his own life. He remembered being scared before. He remembered confronting wild animals that threatened to destroy him. As he told Saul about killing lions and bears in the past, he remembered how he had been delivered before. So he confidently said, “The Lord, who saved me from the paw of the lion and the paw of the bear will save me from this Philistine.” Trusting God in the past led him to trust God right then.

So he did not arm himself. Saul tried to clothe David in Saul’s own armor. Saul handed him Saul’s own sword. David realized arming himself like that would not work. He let himself be vulnerable. He put down his defenses and took the tools he learned to use in childhood. Five smooth stones and a sling.

I see in David’s encounter with Goliath some strategies for facing our own giant.

But for the Lord to do this work in us, like David, we have to put down our defenses. I’m not commenting on guns and weapons. That’s another conversation for another time. I’m talking about defensiveness – to lay down hurt and resentment and calls for revenge. White people have to lay down the emotional armor that wants to convince us we’re not racist and be open to hearing that we may yet be. People of color by the grace of God have to be willing to keep entering this conversation and telling this story. Somehow we all have to stand on this battle field with no shield or sword and confront this giant so that God can do a mighty work among us.

The families of the victims are a faithful example. At the bond hearing for Dylann Roof, one by one members of the slain approached the court and offered forgiveness to the killer of those they loved. The sister of Rev. DePayne Middleton Doctor said through tears, “We are a family built on love. We will not let hate win.” We all do well to follow this example, lay down our defenses, and share our sorrows so that we might be healed.

And when David got to that place – when he remembered God’s work in the past, when he laid down his defenses – he realized he already knew how to defeat the giant. Stones and a sling, the things he had known all his life, were enough. We, too, already have the tools we need to confront this giant in our midst. Our Baptismal Covenant. Do unto others as you would have them do unto you. The love and kindness we hopefully were taught as kids. The ability to listen and reason and work together. This is not complicated. But when we’re afraid we forget.

The Spirit moves in mysterious ways in the church. This summer is the 50th anniversary of the death of Jonathan Daniels, a white Episcopal seminarian who was killed in Alabama in 1965 while registering people to vote. For many years, Episcopalians have journeyed to Hayneville around the anniversary of his death to remember his witness and call ourselves to confront the evils of our own day. Earlier this year, I asked Vicky Partin and our Outreach Council if they would organize some way for St. Thomas to take part in our diocesan pilgrimage to Hayneville and learn more about Jonathan Daniels in preparation.

Vicky developed some plans. The Outreach Council approved these at their meeting last week. We have guest speakers coming. We plan to watch a film about Jonathan Daniels and hopefully watch the movie Selma together. There’s a book about his life that we encourage you to read. We are trying to organize transportation on August 15 to join the diocesan pilgrimage en route to Hayneville. Bishop Michael Curry from North Carolina, a candidate for Presiding Bishop, is the preacher and celebrant that day. Information about all of this is in your bulletin. I do hope everyone at St. Thomas will join some part of this journey. It couldn’t be more timely.

David said to Saul, “Let no one’s heart fail because of him; your servant will go and fight with this Philistine.” May God give us the courage of David to enter the struggles of our own time. Amen.