Trusting the Goodness of God 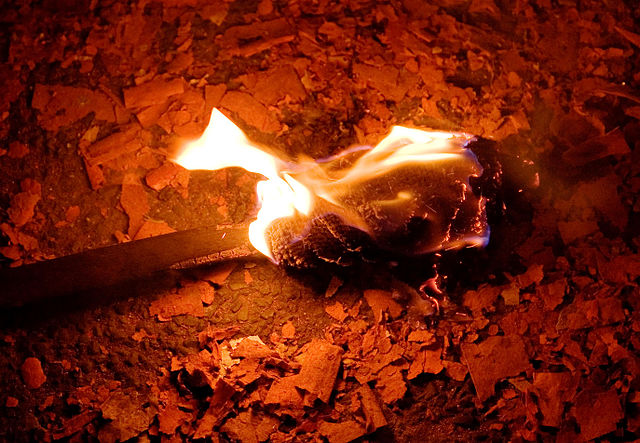 A few weeks ago, I started reading The Mockingbird Next Door, Marja Mills’ account of her unlikely friendship with Alice and Nelle Harper Lee. It is a timely read given the death of Harper Lee this week. The Lees did not trust journalists and rarely gave interviews, but late in life they welcomed this writer from the Chicago Tribune and encouraged her to move next door to their home.

The book is a lovely memoir of a friendship, but that’s not why people read it. In the story of their friendship, Mills tells us more about the Lees than the world knew, and especially about Harper. Nelle, as she preferred to be called, retired from public life a few years after writing To Kill a Mockingbird. Mills filled in the gaps on public knowledge of Lee. She gave us the backstory.

Atticus was modeled on both their father, AC, and a bit on Alice. Their brother Ed died at a young age, just like Jem did in Go Set a Watchman. The family’s passion for justice and civil rights came from their deep Methodist faith. But they were also products of their times and had to learn to overcome barriers between white and black communities. Maycomb really was a lot like Monroeville. It is helpful to know the backstory.

Our lessons from the Hebrew scriptures in Lent are the Cliffs Notes version of the journey of the Israelites. We began last week with the end, with Moses giving instructions on what to do when they finally settled in the Promised Land. This week we see where their journey began – with God’s covenant with Abram. Next week we will hear God’s call to Moses to set the people free. Then we will read how Joshua led them into the promised land. The final week in Lent will bring us to the exile, when they lost everything God promised and had to trust that God would make a way home.

But there is a backstory to Abram that we must keep in mind. An Old Testament professor from one of my seminaries believed it to be the backstory to the entire Old Testament – a detail so significant it formed the basis of Abram’s journey which led to the covenant and everything that followed.

It is buried in a tiny verse we never read on Sundays. It is not included in any of the lectionary selections. It is hidden in a genealogy, one of those long lists of begats no one bothers to read. But if you look closely at the end of Genesis 11, just before God called Abram to start his journey, you read this about Abram’s family:

Did you catch that? Haran died before his father Terah. This family suffered a death that was out of order, the death of a child, probably in young adulthood. But there’s more.

So this family had lost one son. It was clear Abram and Sarai would not be able to have children. The only hope for their future was with Nahor and Milcah.

So here’s what happened next. Genesis 11 goes on. Terah took his son Abram and his grandson Lot son of Haran, and his daughter-in-law Sarai, his son Abram’s wife, and they went out together from Ur of the Chaldeans to go into the land of Canaan.

Terah left Nahor and Milcah behind. The only members of the family who had not suffered some sort of tragedy stayed home. Terah, who had lost a son, Lot, who had lost a father, and Abram and Sarai who had lost hope for a child, started out on a journey together. This was a journey of grief.

They intended to go to Canaan, which is where Abraham and Sarah eventually settled. But they came to a place called Haran. And they settled there. Now whether the place coincidentally had the same name as Terah’s son who died, or whether they named the place in memory of him, we cannot say. But that’s where they stayed. And that’s where Abram was many years later when God called him to follow God on another journey.

The story of Israel, my professor said, is a story of learning to trust God in the midst of grief and loss and barrenness. That’s the backstory.

Nahor and Milcah did not embark on this journey with God with the rest of the family. I’m sure they were good, decent people. They stayed behind in Ur and had at least eight children, including a granddaughter named Rebekah who becomes important later on. But when Terah and Abram and Sarai left, Nahor and Milcah had no need to take this journey. They had not come to the end of their rope with nowhere else to turn for hope. So they stayed put.

Abram and Sarai had nothing else to lose. They had no child, no future. So they set out.

God’s promise of land and descendants in today’s lesson, therefore, was not simply a biological trick that ended Sarai’s embarrassment. It was the gift of a future and hope. It came long after all hope was gone, when Abraham and Sarah, as they were called by then, were very old. It was a gift of profound healing. And it proved in an ultimate way that though life is filled with grief, the goodness of God can be trusted.

The ritual described in Genesis proved to Abram how serious God was. This was how people sealed a covenant in those days. You’d take an animal, cut it in two, and walk together between the two halves, symbolically saying, “May what happened to these animals happen to me if I don’t keep my promise.” So in this case, the presence of God in a smoking fire pot and flaming torch passed between the halves as God’s way of sealing the covenant. God did not even ask Abram to walk with the pot between the two halves. God made this promise on God’s own.

There are some in our world who try to narrow God’s covenant down to a particular plot of land in Palestine, which is an unfortunately limited reading. The covenant God enacted on that day was so much greater than geopolitical boundaries. In this covenant ritual, God promised Abram and all of us that God would take our grief and wandering and turn them into life and home. The goodness of God can be trusted.

Paul wrote with that same confidence. He wrote from prison to his friends in Philippi. Their hope seemed lost. The way of Jesus was a new thing and already it was under attack by the powers of this world. Their beloved leader was in prison, and he expected to die there. But Paul reminded them our citizenship is in heaven, and it is from there that we are expecting a Savior. He will transform the body of our humiliation that it may be conformed to the body of his glory, by the power that also enables him to make all things subject to himself.

The goodness of God can be trusted. God does not willfully send grief and sorrow. God does not delight in our pain. If, like Nahor and Milcah, we never experience grief and emptiness then it is fine and good to remain home in Ur. But most of us will. Most of us will encounter a loss or disappointment or limit that feels like it will crush us. But if we let it, if we decide to take the journey, if we open ourselves to going with God where we’ve never gone before, it will become a journey of blessing. The goodness of God can be trusted.

What if I had not seen the goodness of the Lord in the land of the living!

The Old Testament professor I mention is Gerry Janzen, from Christian Theological Seminary.