Turns out you can teach an old dog new tricks.

Many, many changes are being tried for the first time at GC78 – a paperless convention, a virtual binder system, new Rules of Order for the House of Deputies. Prior to convention, I anticipated much technical challenge, rule confusion, and user error.

Instead, this has been remarkably smooth Convention so far. Here are a few observations –

Since all of this has worked so well so far, I hope all Deputies and Bishops will go home to their dioceses and congregations ready to tell others what they learned and tried while here. May the practice of learning new skills in communication, networking, and organization help us continue to learn other skills to help us function more efficiently and serve more faithfully. 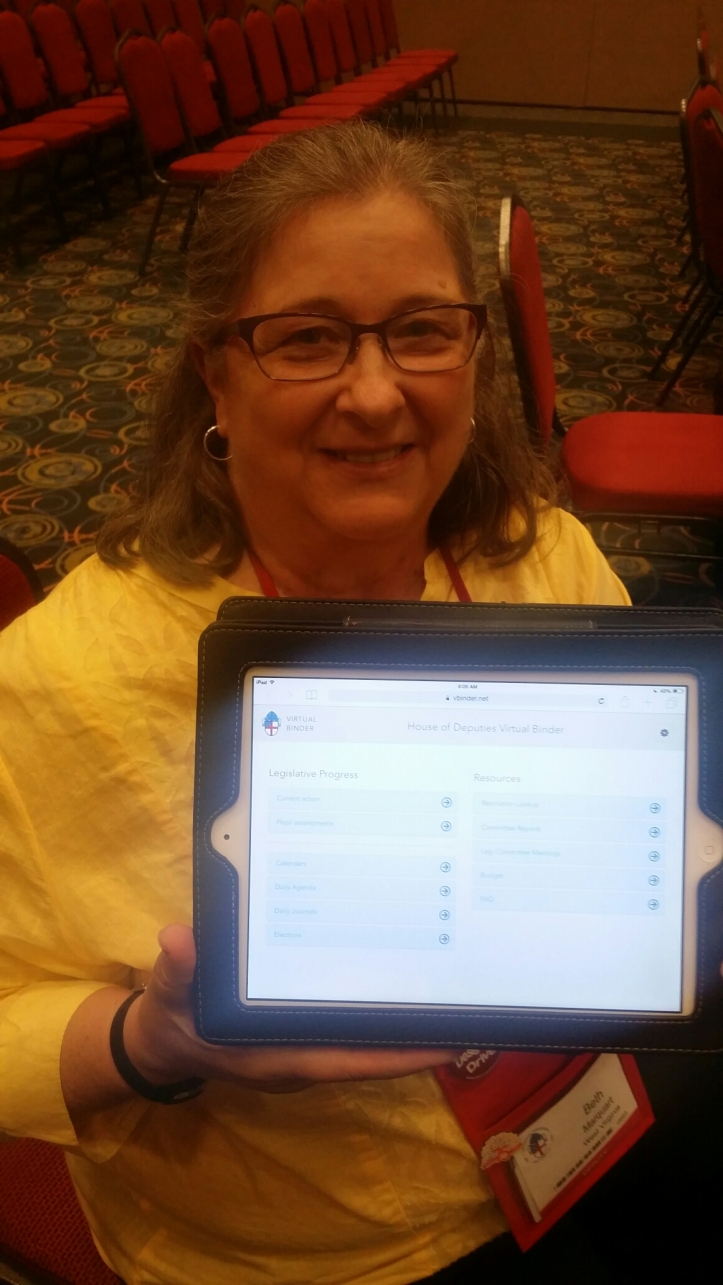